Range shifts of wintering waterbirds are occurring due to climate change along the NW European flyway. This can be seen as increasing bird numbers in the north-eastern and decreasing in the south-western part of the flyway. To understand mechanisms of range shifts, it would be important to study what kind of individuals are contributing to the range shifts. Are young birds responding more strongly than adults or vice versa. It is poorly known whether the demographic structure of the waterbird population differ spatially. In pochards and goldeneyes, proportion of adult males increases towards north, but knowledge of the geographical age structure is poor. In addition, individuals wintering on the northern edge are more likely to be exposed to cold spells during winter and therefore at higher risk of mortality. Therefore, investigation of the spatial structure of the population can also help to understand how climate may affect population demographics of waterbirds.

Our aim is to investigate the demographic structure of the common goldeneye population wintering along the NW European flyway. The birds can be identified in flight based on the wing patterns as adult males, adult females and young birds (Fig. 1).

We would like to perform a pilot experiment during January 2015. We are kindly asking you to collect samples from the wintering population in different parts of the wintering flyway by photographing flying flocks. To study potential demographic differences in habitat use we would like to get information also on the habitat type and size of the flocks. 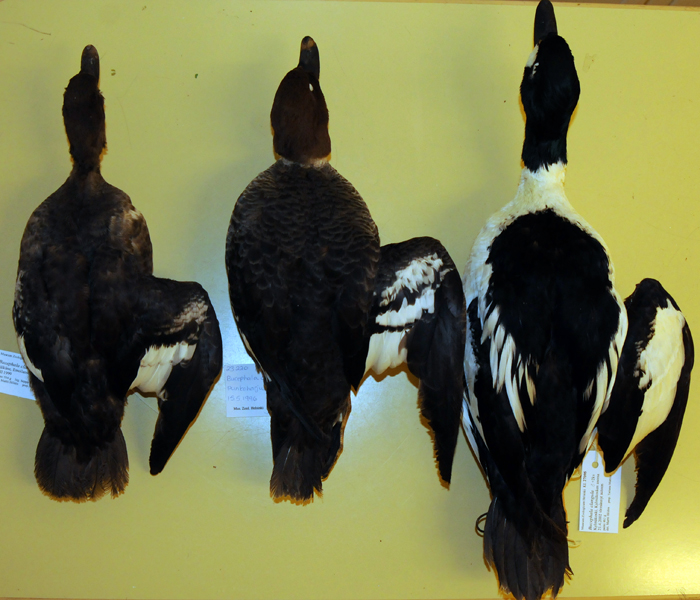 The main idea is to visit wetlands where goldeneyes are occurring during 1st – 31st January 2015 and try to take photos of flying flocks. Optimally, try to find suitable locations where goldeneyes can be photographed from land, ship or aeroplane rather close (the distance depends on the lens and type of camera). The distance should be close enough so that the most important identification criteria, upper wing patterns could be seen. Try to take several photos from the flock. If the flock is so big that not all the individuals are able to fit into the same picture, send only those which are not overlapping. We wish to get data from as many photographed flocks as possible. A couple of examples of pics are shown in the end of this manual.
Background information of each flock should be coded separately (see examples in the excel-file). Before or after photographing, count or estimate the size of the flock that you have photographed and determine the habitat type of the site using the given categories:

In addition, we would need the name of the place and country and decimal coordinates. Coordinates are easy to get from google maps:
- Go web-page maps.google.fi
- Zoom in to the location where the birds have been photographed
- Click the right button of the mouse and choose “What’s here?”
- The decimal coordinates will appear to the up right corner of the screen.
There is no need for you to do the age and sex identification of the birds from the pictures. We will do it later on.

After photos have been taken and the flock counted the flock specific information should be typed into an excel file. Send pictures and the excel-file to the email address Bclangula (a t) gmail.com. We prefer high resolution files and if there are too many large files to send, you can send us a link where they can be downloaded (e.g. dropbox link) or alternatively you can burn them in a dvd and post them to us. The pictures won’t be published anywhere without requesting permission in advance.

Thank you very much in advance! All requests and comments can be sent to the address Bclangula (a t) gmail.com. We would be happy to receive any feedback on the design of the study and suitability for the local conditions in your country. 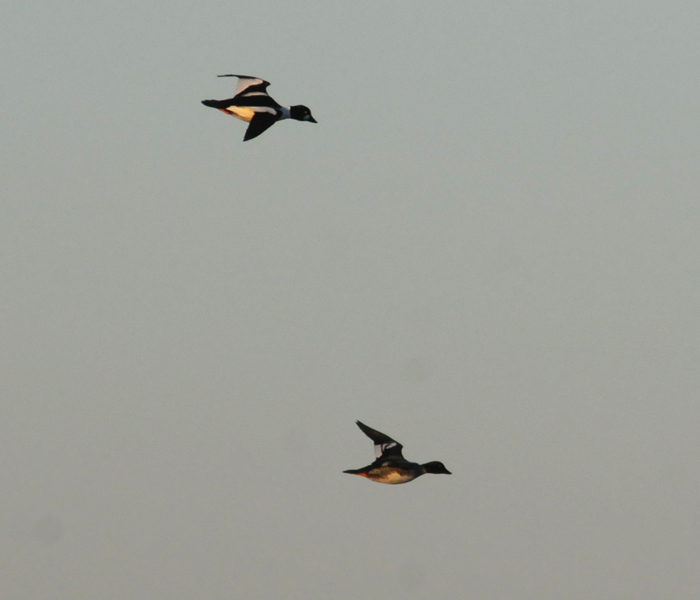 Fig. 2. A pair of adult goldeneyes. The tripartite white patch of adult female is clearly visible. 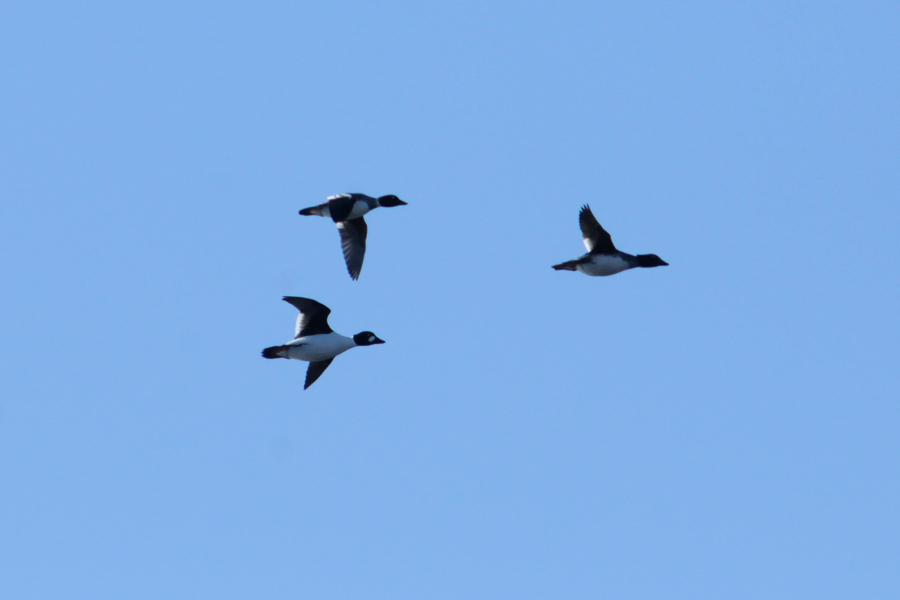 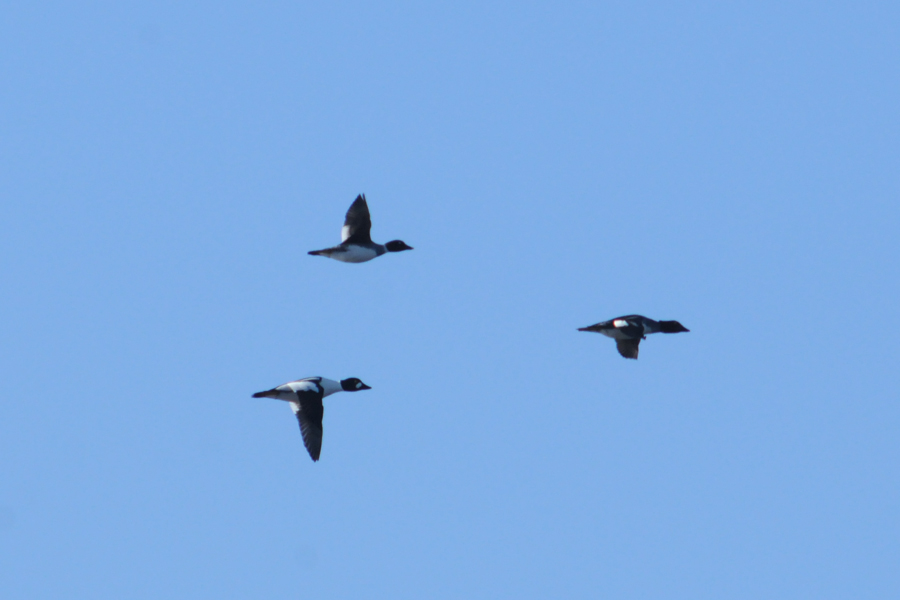 Figs 3–4. Two pictures from the same flock. Based on the combination these all birds can be identified: adult male on left, adult female in the middle and young bird on right. The both examples are small flocks, but pictures can include as large flocks as possible as long as considerable number of individuals can be identified. 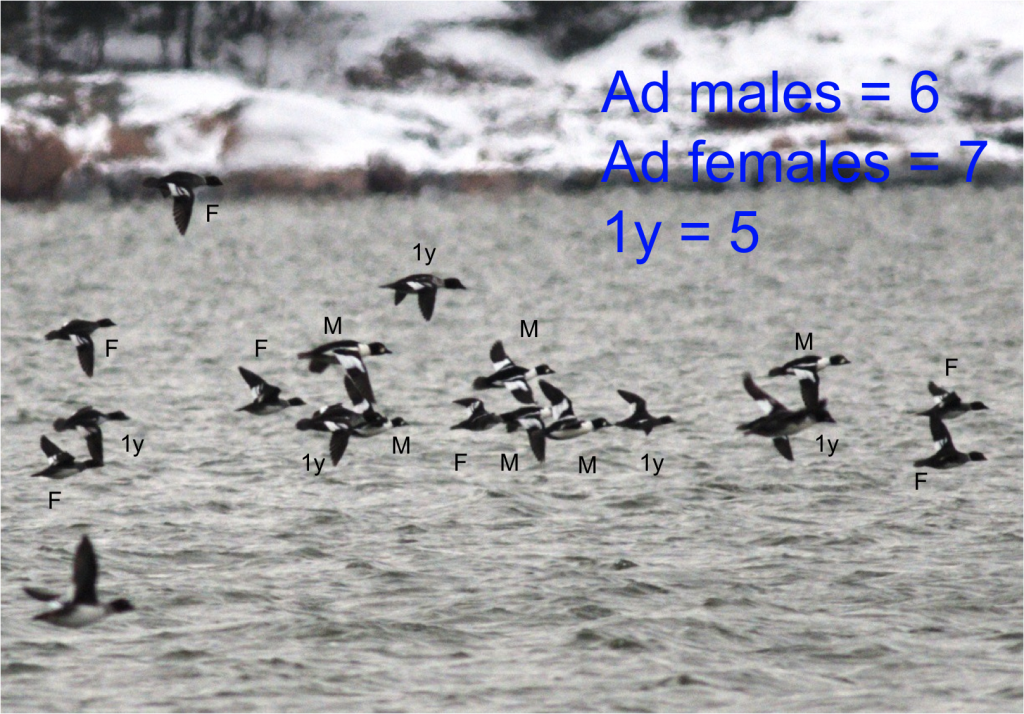 Fig. 5. A larger flock of common goldeneyes including adult males (M), adult females (F) and young birds (1y). All the birds in the photo do not need to be identified and the photographer does not need to do the identification.

Person in charge of the page:
Aleksi Lehikoinen
6.11.2014
Scroll