Past human interaction with nature

Throughout the ages, nature has affected human activities. Laboratory of Chronology produces age determinations of past human activities as well as larger dating models and chronologies of past events. Based on philosophy of science cause occurs before effect, therefore timelines give rise to reflections on cause-and-effect relationships. Recent examples of research on interactions between humans and nature are the breakthrough of Vuoksi river and the Northern Hemispheric climate anomaly 1500 years ago and its effects on the lives of Levänluhta people. 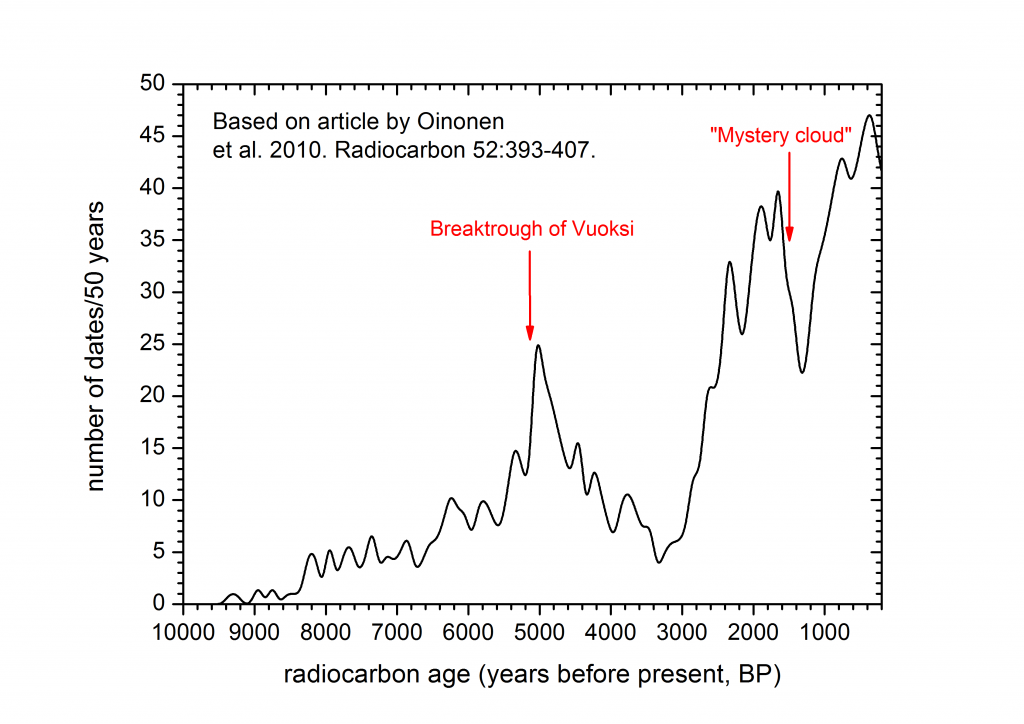 In Eastern Fennoscandia human settlements followed the edge of the melting ice cap already over 10000 years ago. In the Middle Holocene 8000-5000 years ago the climate was on average a couple of degrees warmer than today, and at the same time human population in the area was at its highest. Breakthrough of lake Saimaa through Salpausselkä towards Lake Ladoga also dates to this era. As a consequence, Vuoksi river was born and water level of Saimaa fell 4 meters. This environmental disaster affected the area by revealing thousands of square kilometers of land which, by being biodiversically rich, also strenghtened the human settlements in Eastern Finland. By dating the origin of Vuoksi river and the cultural changes of that era, one can consider what kind of effects natural phenomena have on local settlements.

During the Iron age 1700 - 1300 years ago a number of deceased people were sunk into a spring grave in Levänluhta, Isokyrö. The bones of the corpses have stored information about the food they ate through the isotopes of carbon and nitrogen. About 1500 years ago almost the whole Northern Hemisphere was covered by a "mystery cloud", which also dimmed the sun in Mediterranean sea for 18 months. This climate disruption, which can also be seen in tree rings, coincided with Levänluhta burials and therefore might have affected the way these people were living. By combining the radiocarbon datings and isotope determinations from tree rings and from the bones of the corpses, one can speculate about the role of the "mystery cloud" in the temporal changes of how the levänluhta people were living.

The carbon cycle is one of the biochemical cycles that helps to sustain life on Earth. The amount of radiocarbon in a natural sample gives information about the date when atmospheric carbon dioxide was stored into the sample through photosynthesis. Radiocarbon measurements will, therefore, provide a temporal dimension to the research of carbon cycle. Soil carbon is one of the largest reservoirs of carbon on Earth. Hence, it is important to know how the soil carbon affects the amounts of atmospheric carbon dioxide, and therefore future climate conditions. We are developing methods and conducting research with different universities, Finnish Environmental Institute and Finnish Forest Research Institute on how the soil carbon affects the global carbon balance. 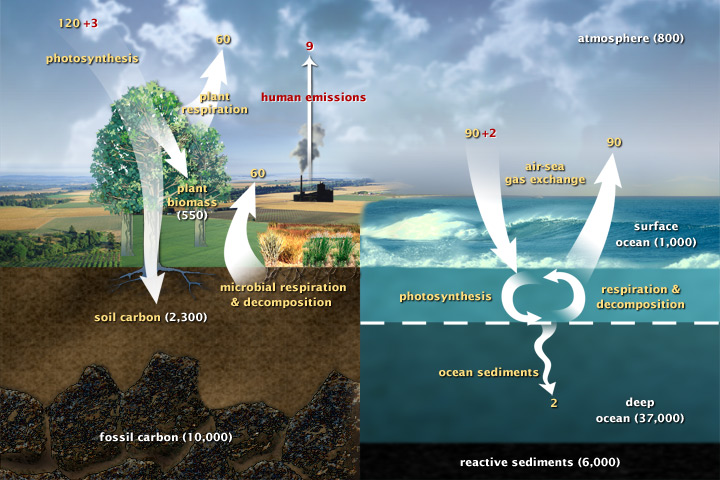 This research is based on measuring the radiocarbon content of organic samples and the carbon dioxide that is released from them. Carbon dioxide samples are collected with a highly sensitive mechanical molecule trap. Carbon released from the Northern European soils is found to be partially temperature dependent. When climate changes, the rate of carbon being released also changes, which then affects the global carbon balance. Concern about the future climate is global. Therefore it is crucial to strengthen our knowledge also about other significant carbon reservoirs. For example, Amazonian peatlands form a major carbon sink, and their fate is being largely affected by future land use.