The bird atlas survey invites people to observe birds – Join in from your summer cottage or trip to Lapland! 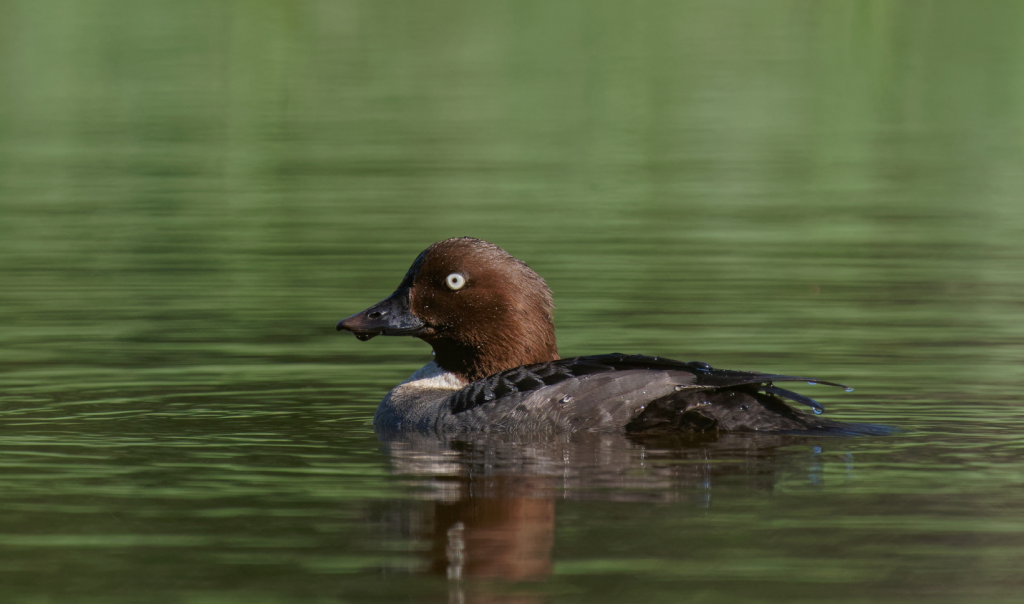 The Breeding Bird Atlas of Finland is part of the monitoring of biodiversity. Breeding observations for the atlas can be easily recorded using a number of applications until the end of 2025. Observations in Lapland in particular are needed to support research.

Finland has extraordinary traditions in citizen science – with laypeople themselves making observations that support research. For decades, birdwatchers in particular have produced invaluable information on Finnish bird populations and their changes.

The Fourth Breeding Bird Atlas project of Finland, the latest joint effort, was launched this spring. The goal is to collect, over a four-year period, observations on the distribution over the country of bird species during breeding season and their breeding evidence (certainty of breeding).

The latest information collected on breeding birds will be combined with extensive avian data and other environmental data previously collected in Finland. The previous Breeding Bird Atlases of Finland from 1974–1979, 1986–1989 and 2006–2010 constitute an especially important reference dataset.

Breeding index and location are important

All you need for recording breeding observations is a smartphone and an observation application. Suitable applications include Tiira, Vihko and iNaturalist (https://lintuatlas.fi/havaintojen-tallentaminen/, links in Finnish only).

In addition to identifying the species, the observation site must be recorded in the application. In the atlas survey, Finland is divided into atlas squares of 10 km x 10 km. Individual observations from specific spots can also be recorded without knowing the exact atlas square.

Observations should be made throughout the breeding season, from early spring to early autumn. Some species breed early, others late.

“It’s easy to think that the breeding season only encompasses the period when birds have their chicks. However, the breeding season begins already when, depending on the species, the birds start their territorial songs or aerial displays and ends with the sighting of fledglings that have recently left the nest,” says Heidi Björklund, coordinator of the Fourth

Breeding Bird Atlas at the Finnish Museum of Natural History Luomus, which is part of the University of Helsinki.

Focusing on the breeding indices is important, since precisely that information is used as the basis for extracting content for the atlas from the mass of data received by the observation applications.

“You can report a thousand observations, but if none of them include a value for the breeding index, they will not be recorded in the atlas,” Björklund points out.

Covering all of Finland, Lapland included

The main objective of the latest atlas survey project, which has been ongoing for a few months, is to obtain increasingly comprehensive observations from Finland.

“It would be great to increase the number of observers during the project. I believe new people will join in as well, since in the coronavirus period people have become interested in nature and birdwatching as a hobby,” Björklund says.

In fact, Björklund urges summer cottage residents to take up birdwatching in the region around their cottages. This way, information can be collected more comprehensively. In addition, one extensive area should be better covered: Lapland.

“There are not enough birdwatchers in Lapland to cover the entire region, which is why it would be important for anyone who visits Lapland to observe the breeding of birds and report their observations.”

Plenty of time for observation

Although recording observations should be made without delay, there is no rush. The compilation of the latest Bird Breeding Atlas will continue until the end of the breeding season of 2025.

“In other words, everyone has plenty of time to verify breeding attempts in their surroundings for as many species as possible. In the end, we will be able to draw up a breeding distribution map for each species, composed of the atlas squares on which the species were observed. The accumulation of breeding bird atlas data can be followed in the results service of the atlas survey.

The atlas survey funded by the Ministry of the Environment is carried out collaboratively by the Finnish Museum of Natural History Luomus at the University of Helsinki and BirdLife Finland with partners including the Finnish Environment Institute, Natural Resources Institute Finland and Metsähallitus.

Links (in Finnish only):