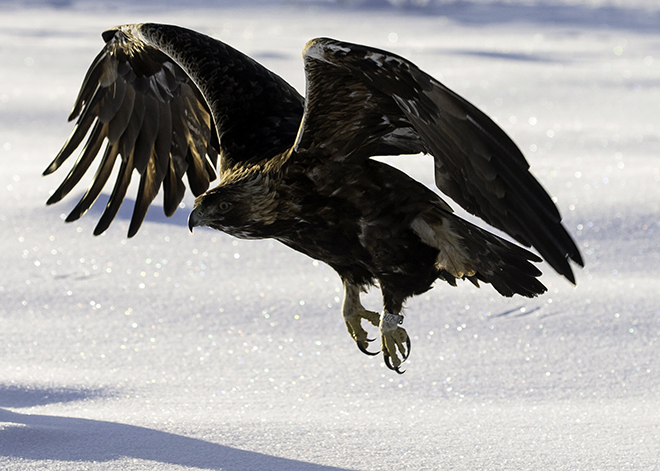 The 34-year-old female Golden Eagle spotted in Finland in late January is likely the oldest of the species in Europe. Annually, approximately 100 young golden eagles are ringed in Finland.

In January 2019, Ari Komulainen, a Finnish nature photographer, captured a Golden Eagle (Aquila chrysaetos) with his camera in the region of Northern Savo, located in eastern Finland. The Eagle had a ring in the left leg, visible in the photographs down to the serial number. Komulainen reported the ring to the Ringing Centre of Luomus; the Finnish Museum of Natural History, University of Helsinki, and the rest is history: it turned out that 34 years, 6 months and 27 days had passed since this magnificent bird was ringed.

This is the third-oldest bird ever ringed in Finland. In the longevity list for Finnish birds, this eagle is only preceded by a Common Murre (Uria aalge) aged 34 years and 11 months and a European Herring Gull (Larus argentatus) aged 34 years and 7 months.

EURING, the European Union for Bird Ringing, maintains a corresponding Europe-wide list. In the EURING ranking, the Golden Eagle photographed in Finland takes first place as the oldest Golden Eagle in Europe. The statistics reveal that the most long-lived bird species in Europe are the Manx Shearwater (Puffinus puffinus, with a record of 50 years and 11 months) and the tufted duck (Aythya fuligula, with a record of 45 years and 3 months).

The recently spotted female Golden Eagle was born in the spring of 1984 in North Ostrobothnia, central Finland, as the only nestling of her nest. The youngster was ringed by Jouni Ruuskanen, a veteran of ringing Eagles and Peregrine Falcons.

After the ringing, the bird was next spotted in 1986 in Laitila, south-east Finland, where it scavenged during winter. Photographs were taken of the bird from which the code on the ring could reliably be read.

After that, more than three decades passed without a single observation. In the interim period, the female Eagle reached sexual maturity, found a mate and most likely bred many, many times.

Most Finnish Golden Eagles nest in the reindeer management area of northern Finland. Earlier, the Golden Eagle was a target of persecution, but these days reindeer owners’ associations receive compensation in accordance with the number of Golden Eagle nests in the region. As a result, persecution has decreased and the eagle population has slowly begun to grow. This is why Golden Eagles are gradually settling to nest in areas that they have long steered clear of. The Golden Eagle remains a very rare breeding bird in the most extensive forest regions of northern Finland, with a breeding population of some 300–400 pairs.

Age records of birds (in Finnish) 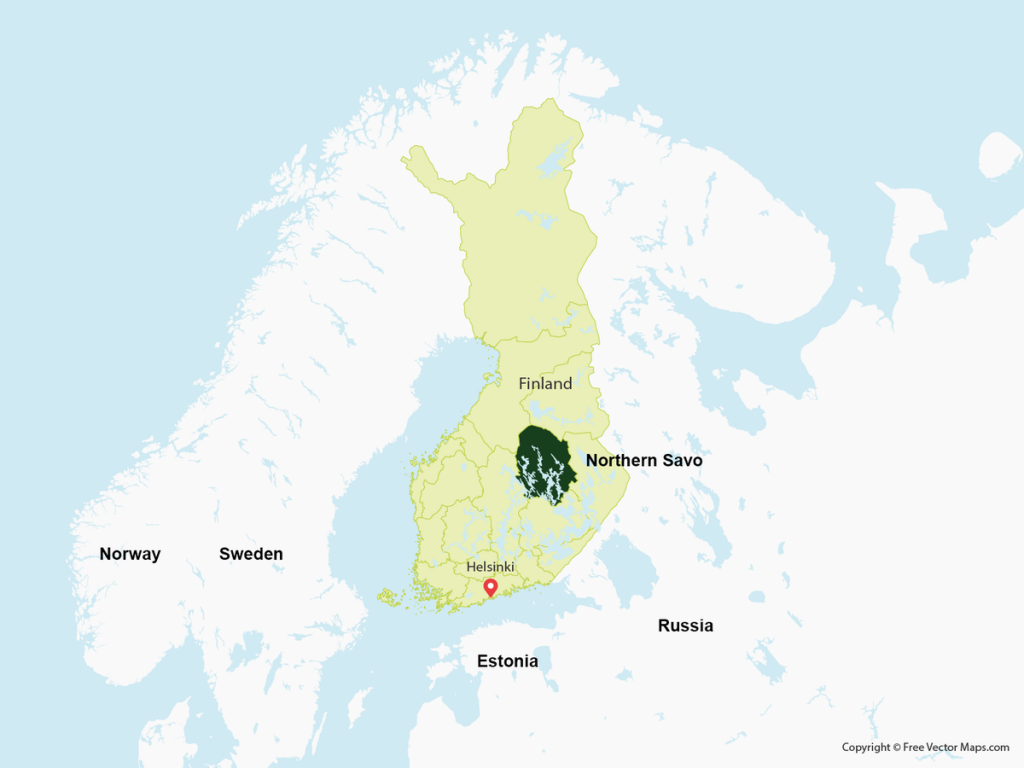 Why are birds ringed?

In Finland, ringing activities are coordinated by the Ringing Centre of Luomus, the Finnish Museum of Natural History. The centre is responsible for, among other things, the maintenance of databases, the selection and training of ringers, as well as the quality control of their work.

If you find a bird ring in the natural environment or observe a ringed bird, you can report your observation either by submitting an online form or by posting the ring free of charge to the Ringing Centre.