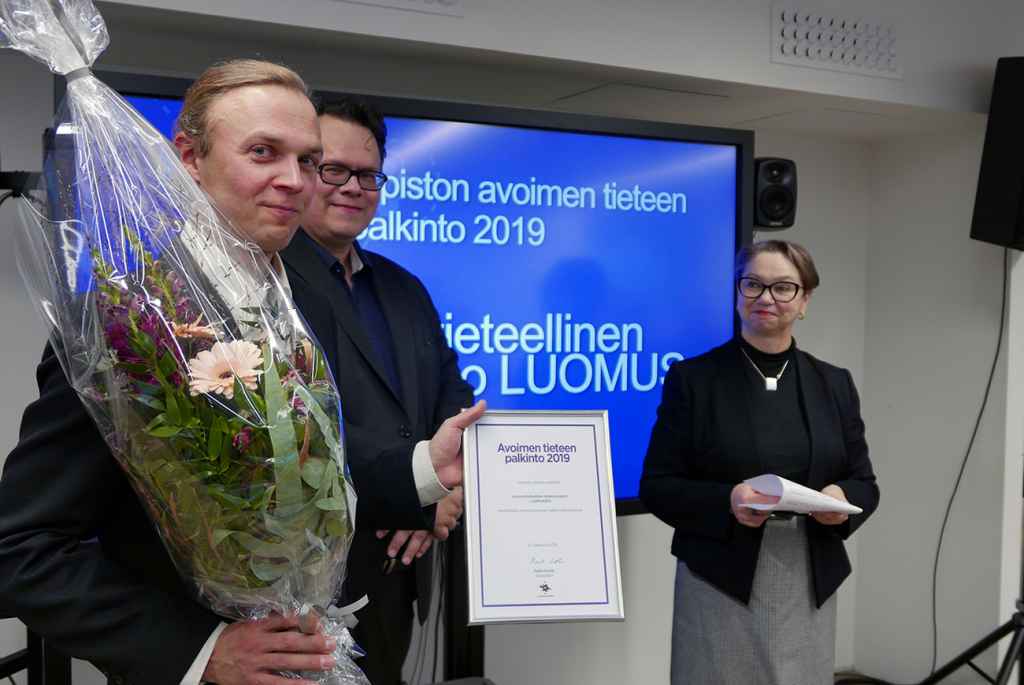 The Finnish Museum of Natural History was recognised for its extensive long-term work for open science. The first University of Helsinki Open Science Award was granted in 2017. This year, the Award jury wanted to place special emphasis on the role of faculties and research-focused independent institutes in promoting open science.

The Finnish Museum of Natural History Luomus was the jury’s unanimous selection as the winner. Open science is a founding principle that runs through all of the Museum’s work. Luomus has developed and continues to maintain significant open science services and databases for both researchers and the general public. In addition, Luomus has a long tradition of organising and developing citizen science. All this is proof of its long-term, extensive work in open science, which is more closely explained in the following section.

Luomus coordinates networks of near-professional bird hobbyists who collect research data. The networks ring birds, map their distribution and estimate the development of the populations. These networks were started more than a century ago, and today have between 1,000 and 2,000 active citizen science members. Luomus also carries out citizen science projects together with various organisations and companies (e.g., spring monitoring with The Finnish Nature League), and launches new citizen science initiatives (e.g., a bat research project with upper secondary school pupils). Laji.fi provides data management services for such projects.

In its 2017–2020 action plan, Luomus has committed to the development of open science in its teaching, research and other work. Luomus is committed to an open data policy, digitising its collections as open data, open publishing of its publications, as well as open access academic publishing and creating open digital learning materials. In 2018, 69% of Luomus’ publications were openly published.