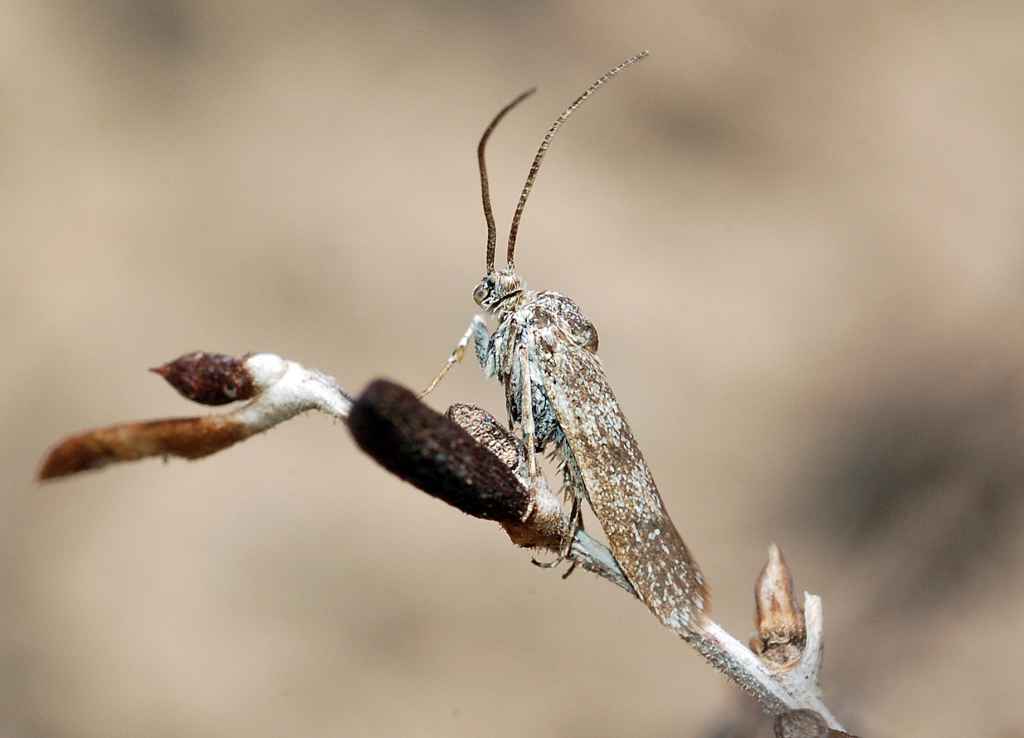 Two moth species new to science belonging to a previously unknown genus and family have been found in Kazakhstan, constituting an exceptional discovery.

In a recently completed study, researchers of the Finnish Museum of Natural History Luomus and their collaborators have described two moth species new to science. In addition, the Ustyurtia zygophyllivora and Ustyurtia charynica species belong to a newly-described Lepidoptera genus and family. Discovering a new family of moths is comparable to researchers specialised in mammals finding entirely new species not belonging to any known mammal family, such as cats (Felidae) or bears (Ursidae), but rather representing an unambiguously new and distinct family.

What makes the discovery special is the fact that the species live in Eurasia, a region known relatively well in terms of its butterflies and moths. This is evidence of there being regions even on our continent with still-unknown species.

“It’s also exceptional to describe a family on the basis of species which had never before been seen. New families are from time to time described, but such descriptions are mainly based on the reclassification of the relations between known species,” says Lauri Kaila, principal author of the study and senior curator at the Finnish Museum of Natural History Luomus, which is part of the University of Helsinki.

The family is the missing link between Urodidae and other moths

“First, we found one undescribed species, which led to the discovery of another. Based on their structure, the species first appeared to belong to the false burnet moth family Urodidae, but closer observation revealed that in terms of both structural and genetic characteristics they actually belong to another, previously unknown group,” explains Maria Heikkilä, a postdoctoral researcher from Luomus and one of the authors of the study.

For a long time, the place of the Urodidae family in the Lepidoptera family tree was unclear.

“The recently described Ustyurtiidae family, named after the region where one of the species was discovered, also clarified the location of the Urodidae in the family tree. According to the DNA analyses, the new family is a sibling group of the Urodidae.”

There are no species of the Ustyurtiidae family in Finland, but one species belonging to the Urodidae family, Wockia asperipunctella, is found here. The Finnish names of the new family and species are yet to be determined. 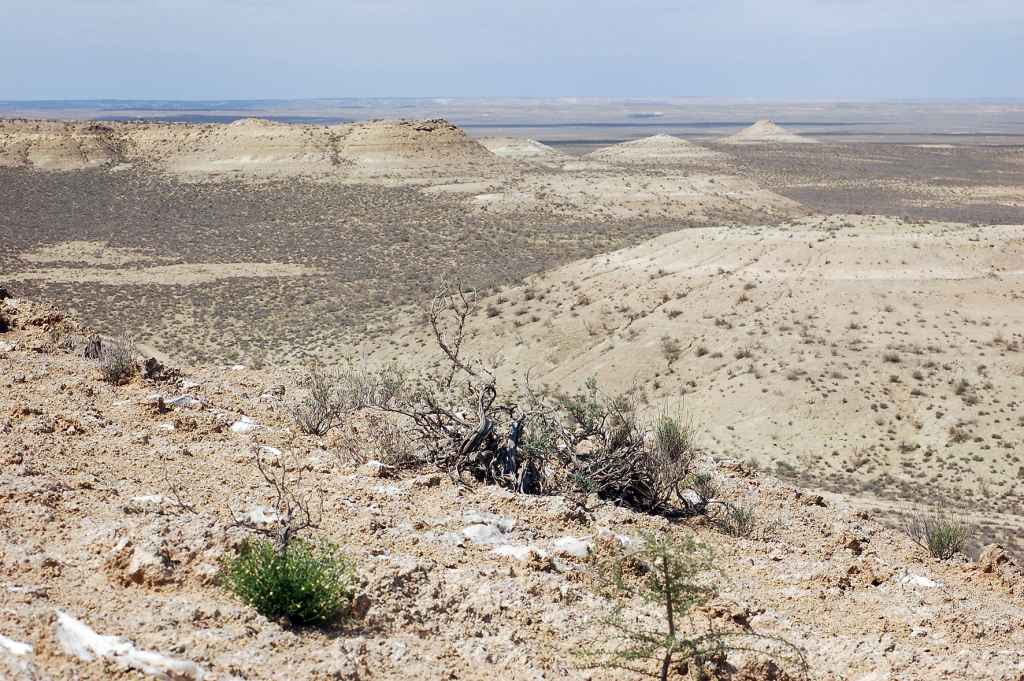 The discovered species live in the desert

Ustyurtia zygophyllivora lives in a very narrow area of the Ustyurt Nature Reserve, east of the Caspian Sea in Kazakhstan. Ustyurtia charynica, on the other hand, was found in a rocky steppe on the edge of the Charyn Canyon in south-eastern Kazakhstan. Ustyurtia zygophyllivora feeds on Zygophyllum plants that belong to the Zygophyllaceae family, after which it was also named. These moths are not known anywhere outside Kazakhstan.

The species are well adapted to hot desert conditions. Despite the heat, at least Ustyurtia zygophyllivora spends its entire life cycle aboveground.

“Most desert moth caterpillars dig into the ground for the day, resurfacing to eat plants in the night. Caterpillars of this species can be seen on plants in daytime, and they pupate in the open, instead of underground as desert species usually do. Exceptionally, the adult butterflies too are diurnal,” says Kari Nupponen who observed the species in the field. 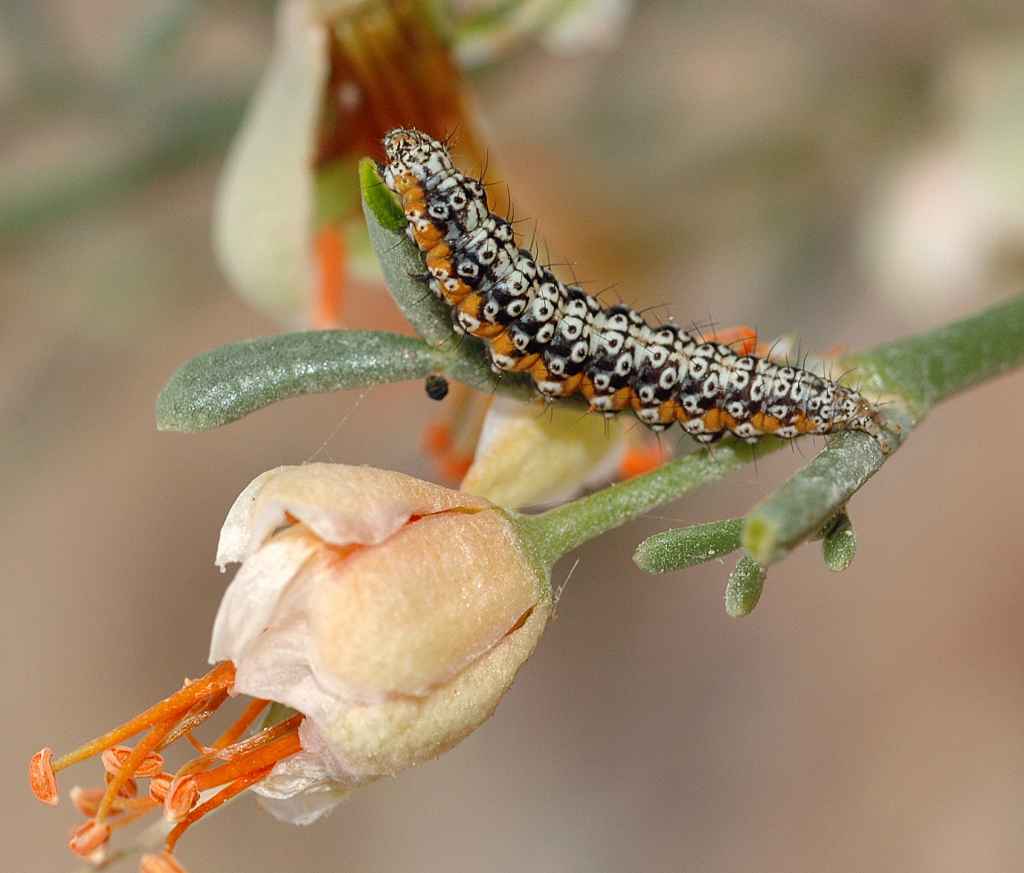 The study is based on material produced by Kari Nupponen on the distribution of Asian butterflies and was carried out in cooperation with researchers from the University of Oulu and the Russian Academy of Sciences.