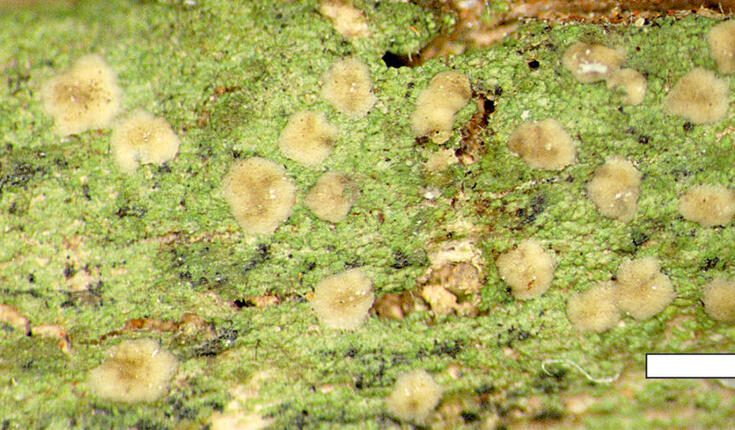 Some of the newly described lichen species from the Micarea genus may be unique to the biodiversity hotspot that is the Taita Hills in Kenya. The area may contain even more lichen species yet to be discovered.

Researchers from the University of Helsinki’s Finnish Museum of Natural History Luomus and the National Museums of Kenya have discovered four lichen species new to science in the rainforests of the Taita Hills in southeast Kenya.

Micarea pumila, M. stellaris, M. taitensis and M. versicolor are small lichens that grow on the bark of trees and on decaying wood. The species were described based on morphological features and DNA-characters.

“Species that belong to the Micarea genus are known all over the world, including Finland. However, the Micarea species recently described from the Taita Hills have not been seen anywhere else. They are not known even in the relatively close islands of Madagascar or Réunion, where species of the genus have been previously studied,” Postdoctoral Researcher Annina Kantelinen from the Finnish Museum of Natural History says.

“The Taita Hills cloud forests are quite an isolated ecosystem, and at least some of the species now discovered may be native to the area or to eastern Africa. Our preliminary findings also suggest that there are more unknown Micarea lichen species there.”

Taita Hills are a unique environment

The Taita Hills are part of the Eastern Arc Mountains that range from south-eastern Kenya to eastern Tanzania. The mountains rise abruptly from the surrounding plain, with the tallest peak reaching over two kilometers. Lush indigenous rainforests are mainly found on the mountaintops, capturing precipitation from clouds and mist developed by the relatively cool air rising from the Indian Ocean.

Thanks to ecological isolation and a favourable climate, the area is one of the global hotspots of biodiversity. However, the native cloud forests in the region are shrinking year by year as they are replaced by forest plantations of exotic tree species that are not native to Africa. Compared to 1955, the area of indigenous forests has been diminished to less than half.

“Planted forests have been found to bind less moisture and be more susceptible to forest fires. Therefore, they can make the local ecosystem drier and result in species becoming endangered. Some lichen species are capable of utilising cultivated forests at least temporarily, but indigenous forests have the greatest biodiversity and biomass,” Kantelinen says.

The University of Helsinki maintains in the area the Taita Research Station, which is celebrating its tenth anniversary this year.