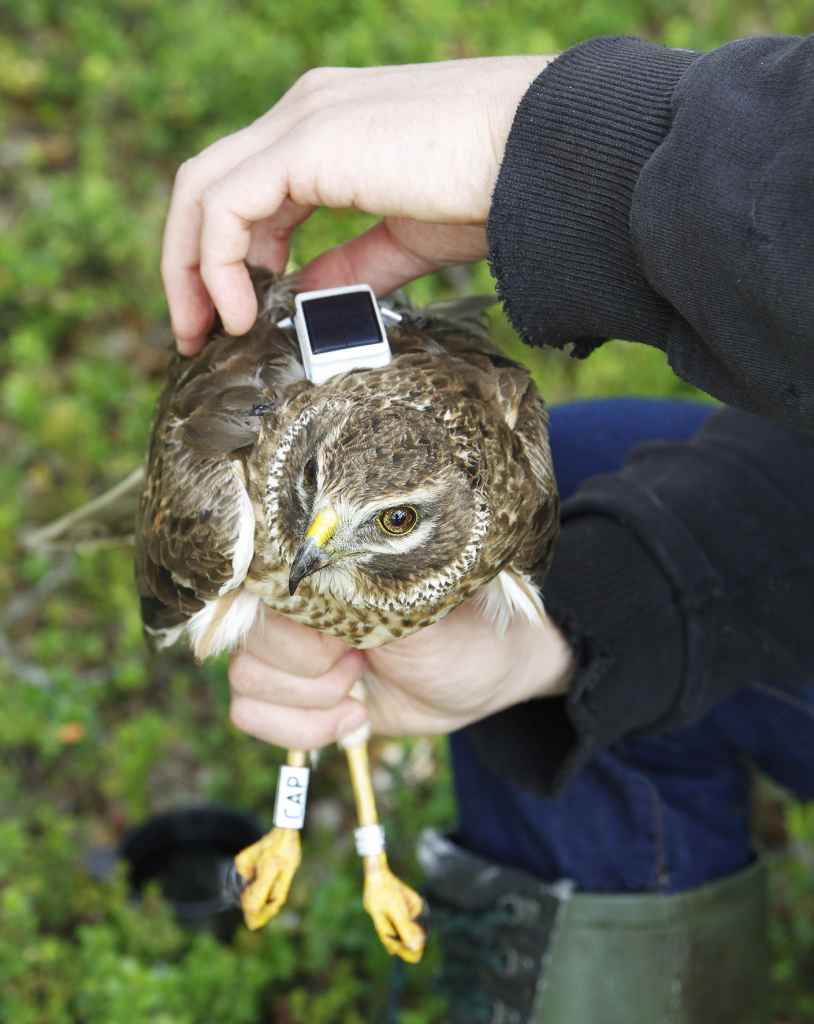 Four satellite trackers have been fitted on breeding female pallid harriers (Circus macrourus) in Finland during 2015–2019. The first was fitted in June 2015 on a female breeding Utajärvi, Northern Ostrobothnia. The tagged bird was named Potku (a kick) after the remote village nearby its nest. Potku spent the first two winters in southern Mauretania in West Africa. She flew there and back through an almost identical route across Poland, Germany, France, Spain and Morocco. In the summer of 2016 she tried to breed in northern Finnish Lapland, but something went wrong during the incubation period. Late May next year she vanished somewhere southeast of Arkhangelsk in northwestern Russia and has not been heard of since.

The second Finnish pallid harrier fitted with a GPS-GSM transmitter was a female that bred in Lumijoki, Norther Ostrobothnia. She was captured and tagged in July 2017. This bird got her name, Letto, from the territory she held for at least four consecutive seasons. She was first ringed there as a breeding female in summer 2014. In 2017 Letto was able to raise four fledglings – and once they could manage on their own she flew to Lapland for ten days! The tracking of her autumn migration ended abruptly as Letto died in Poland in September. She was predated by bigger bird of prey, probably a northern goshawk (Accipiter gentilis).

The third transmitter was put on a breeding adult female in Siikajoki, Norther Ostrobothnia, on July 1 2018. This bird was named Selja after the name of woodland area (Seljänkangas) where she raised three fledglings. Selja left her breeding grounds on July 28. First she headed southwest, but soon, however, made a full turn and flew to Lapland just like Letto did in the previous year. Eventually Selja overwintered in southern Morocco – being the first ever pallid harrier known to have overwintered in Morocco. Selja has become well known also in the Netherlands where she has been observed both on her autumn and spring migration. In the summer of 2019 Selja bred in Tornio just 1.3 kilometres from the border with Sweden.

An adult female breeding in Sotkamo eastern Finland became the fourth satellite tagged Finnish pallid harrier on July 3 2019. She was named Hippu (a grain of gold) after a peculiar speck of light yellow in her right eye. After breeding Hippu headed to the Leningrad Oblast in Russia.

By satellite monitoring we hope to shed light on the females’ use of their breeding territories as well as, especially, their migration behaviour and overwintering areas. In recent years a growing number of pallid harriers have been observed in France and Spain between September and April. This seems to points towards a new western migration route instead of the well-known route through the Middle East. Potku and Selja have already proven this to be correct for their part.

Potkus’s transmitter was fitted by Ari-Pekka Auvinen, an Oulu based Finnish ornithologist, and Julien Terraube a Frenchman who has studied pallid harriers in Kazakhstan. Letto and Selja were tagged by Auvinen and Olli-Pekka Karlin. Roni Väisänen and Petteri Lehikoinen helped Auvinen to catch and tag Hippu. The transmitter is powered by a solar panel and weighs 17 grams.

Potku’s transmitter was supplied by Beatriz Arroyo’s research group from the The Institute of Research in Game Resources, Madrid and a grant from The Finnish Foundation for Nature Conservation enabled the purchasing of Selja’s transmitter. Donations from Finnish birdwatchers paid for the transmitter first fitted on Letto and subsequently on Hippu.

Join us to follow Finnish pallid harriers and gain an insight into the behaviour of this fascinating species! 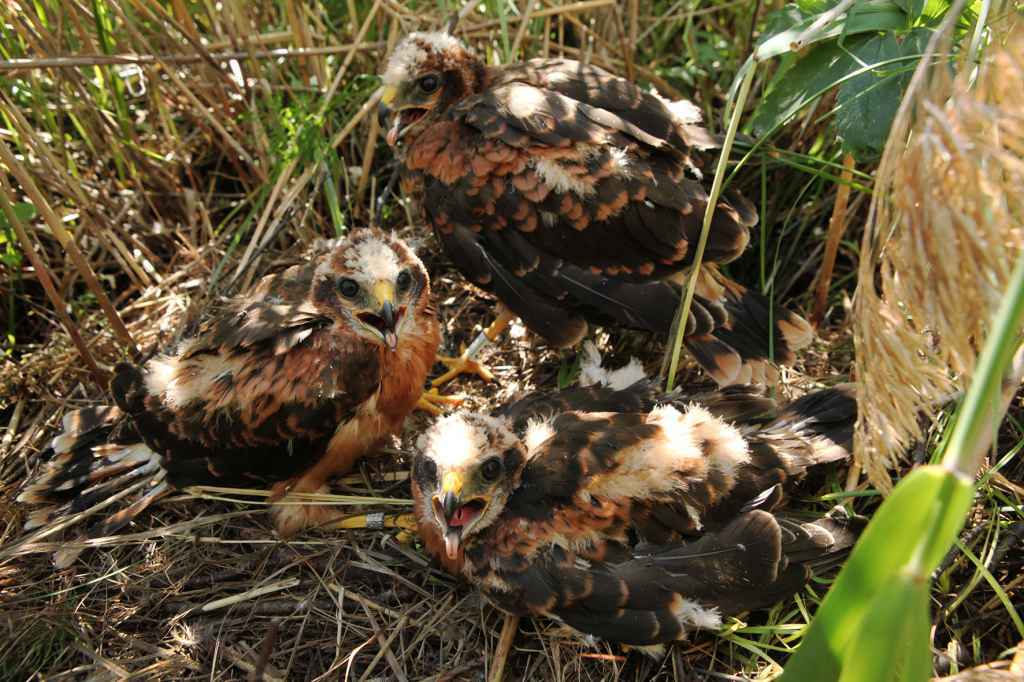 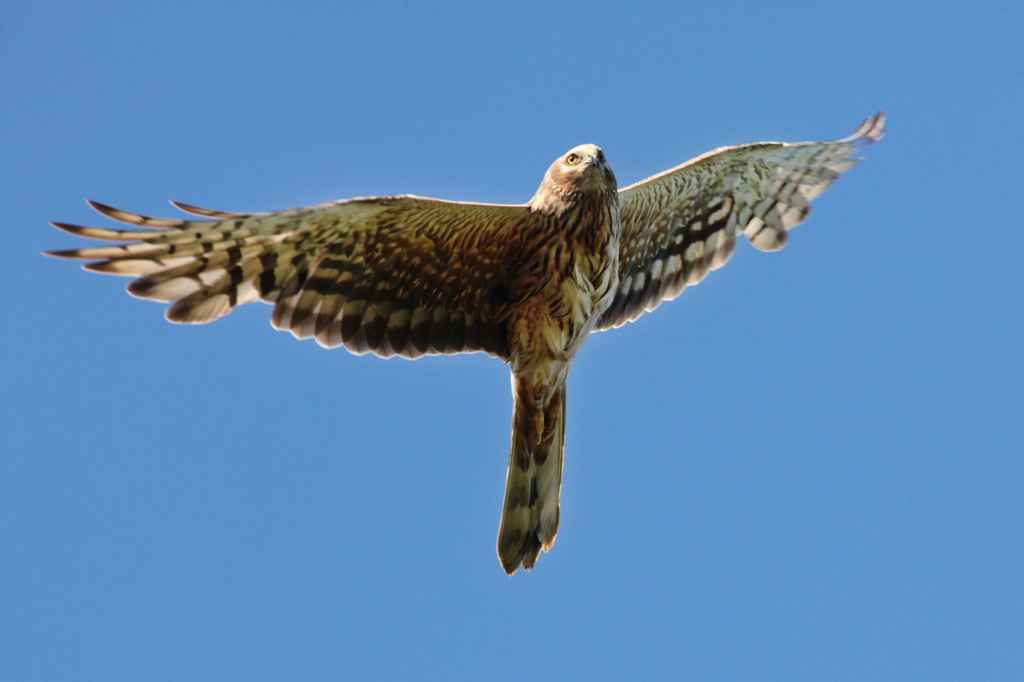