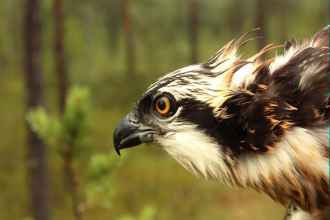 This page is not updated any more, Kainuu region ospreys are now tracked in new page Kainuu Satellite Ospreys.

A male Osprey nestling named Tommi was fitted with a new age GPS-GSM logger on 31 July  2015 by the working group of Osprey Foundation (Vesa Hyyryläinen and Heljä Pylvänäinen). Satellite Osprey Tommi was born in Hyrynsalmi, municipality in the middle of Finland in Kainuu region. The previous day Tommi´s father Ukko, the male of the same nest, got its own logger.

At the same time, Tommi got an aluminium ring with M-67056 to his left leg and a yellow plastic ring with a black inscription LK on his right leg.

Have a nice trip! 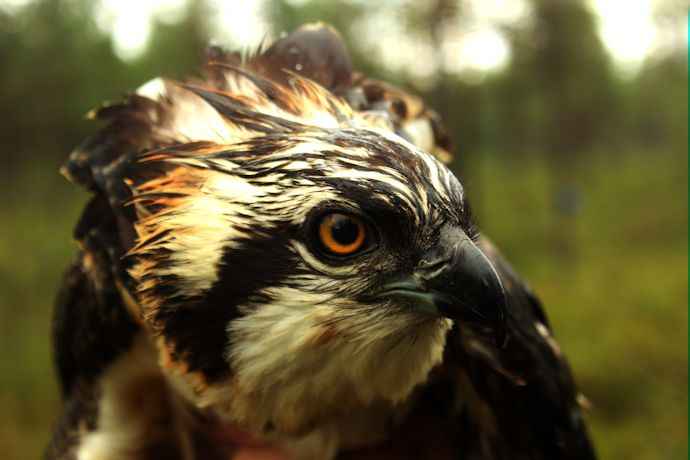 Tommi was fishing at Lake Balik Gölϋ in northern part of Turkey for 1.5 months. On 24 November the transmitter stopped working and new fixes have not been retreived.

Tommi arrived at Ukraine on 6 October. Two days later he flew across the Black Sea and spent the night in Turkey near the river delta Kizilirmak. During last days Tommi´s taking a brake ashore of Lake Balik Gölϋ in northern part of Turkey.

On 3 October Tommi the Osprey decided to continue his autumn migration. During the day he flew 520 km SE and stayed over night in the region of Lipetsk. At noon 5 October he´s arriving at Ukrainian Luhanska region.

Tommi has spent his last week in the famous Russian nature conservation area Zavidovo by fishing and resting in River Lama.

After five days break in River Medveditsa, Tommi decided to continue his autumn migration to the southeast. He is now flying towards Moscow about 100 km northeast of the capital.

Tommi has slowly moved southward and he is fishing and taking a break in the banks of River Medveditsa near a handsome Tver Karelian village Vasilkova about 890 km of his breeding area.

Tommi flew southeast via Russian Karelian area. Early in the morning 13 September he was flying southward in Leningrad area 700 km south of his breeding area in Finland.

Tommi flew to the southeast 266 km and spent the night ashore of Lake Ladoga.

Tommi the Osprey started autumn migration in the morning. During the day it flew only 90 km southward and stayed overnight in Lake Pitkäjärvi in Kuhmo municipality.