Taxonomy of Hieracium and Pilosella in Northern Eurasia

Taxonomic treatment of the species-rich apomictic vascular plant genera Hieracium and Pilosella (Asteraceae) in Finland, East Europe and Northern Asia is based on morphological revision of the vast herbarium collections and field work. The treatment includes taxonomic inventory (updating the list of accepted species and synonyms), typifications, evaluation of morphological variability and compilation of species descriptions, as well as circumscription of distribution areas and compilation of grid distribution maps (with identification or verification of all available collections).

The genera Hieracium and Pilosella are among the most notorious in their taxonomic diversity and complexity caused by intensive interspecific hybridisation with the hybrids stabilised by obligate (Hieracium) or facultative (Pilosella) apomixis. The main areas of the Hieracium diversity (estimated in some 10000 taxa) are the major European mountains harbouring temperate flora, most notably the Alps, Carpathians and Pyrenees. In the northern latitudes a prominent diversity of this genus is found in the Scandes and neighbouring territories. A variety of hybrid swarms representing the diversity of Pilosella may be found in various latitudinal zones, with some taxa peculiar of boreal forest/meadows, steppes and mountains.

In the late 19th – early 20th century some 3000 taxa have been described or recorded from Finland. Vast collections have been accumulated in the Botanical Museum, University of Helsinki, with the Hieracium/Pilosella collections estimated in 130000 specimens (including some 3000 type sheets). These collections are precious material for a new taxonomic treatment of Hieracium and Pilosella in Finland and adjacent countries. A new revision is critically required because the current knowledge on these genera in Finland is incomplete and the last comprehensive treatment has been published in 1906, now being totally obsolete in nomenclature and synonymy.

Keeping in mind the demand for complete inventory of the Finnish flora and the value of apomictic taxa for phytogeography of the boreal zone, a new taxonomic revision of Hieracium has been started. This revision includes traditional museum-based taxonomy and plant geography. It is based mostly on the collections kept in Finland (Helsinki, Turku, Oulu, Kuopio, private collections); besides, to better understand nomenclature, variability and distribution areas of some critical taxa, the collections from Sweden (Stockholm, Uppsala), Russia (St. Petersburg etc.), the Baltic countries and Belorussia are also included. The need of external collections is also relevant to treatment of numerous specimens from the present-day Russian East Fennoscandia, accumulated in Helsinki.

Part of these studies is a research in historical collections of Hieracium and Pilosella which are crucially important for proper understanding of earlier treatments. In Helsinki, the most important historical materials are the collections of Johan Peter Norrlin and Magnus Brenner, and the sets of Exsiccata published by J.P.Norrlin, H.Dahlstedt and E.M.Fries.

Subsequently this project has been broadened to cover other territories of East Europe, Siberia and Central Asia. The most important target areas in Central Asia currently are Kyrgyzstan, Mongolia and China. 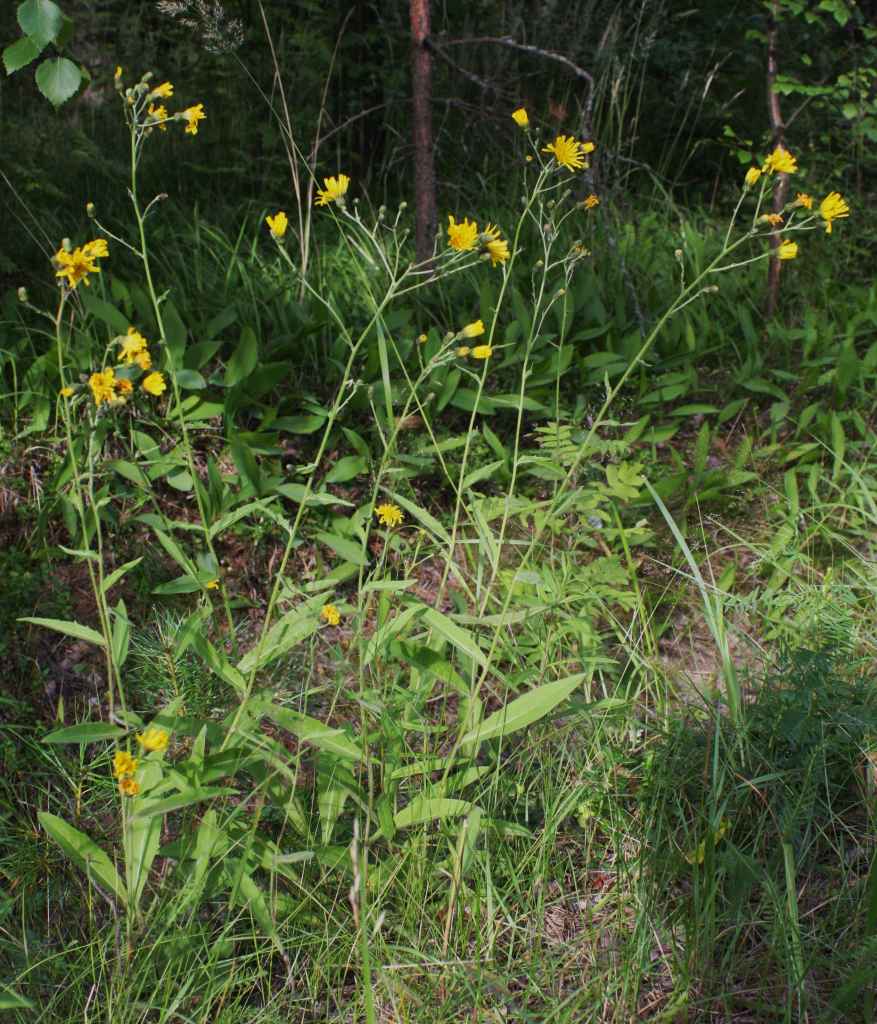