The AFE grid is modified from the Military Grid Reference System (MGRS). The MGRS itself is an alphanumeric version of a numerical UTM (Universal Transverse Mercator) or UPS (Universal Polar Stereographic) grid coordinate. Here is a short explanation of the UTM and MGRS.

There are special UTM zones between 0 degrees and 36 degrees longitude above 72 degrees latitude and a special zone 32 between 56 degrees and 64 degrees north latitude: 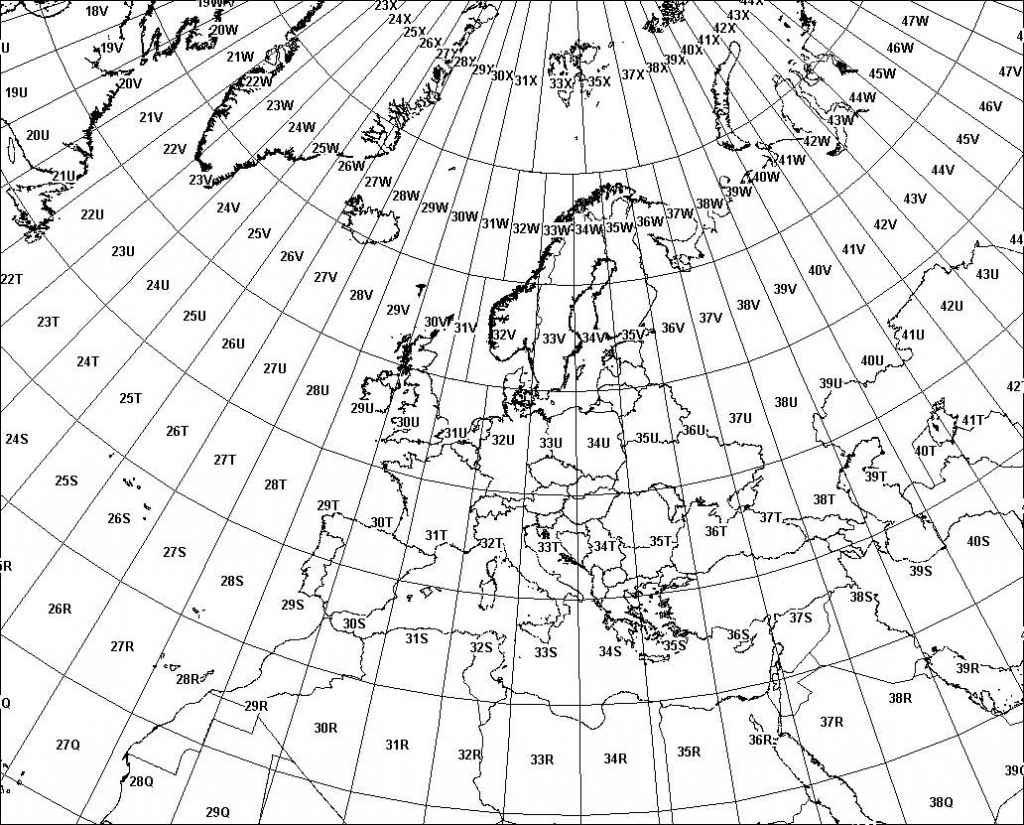 The Military Grid Reference System (MGRS) is an extension of the UTM system. UTM zone number and zone character are used to identify an area 6 degrees in east-west extent and 8 degrees in north-south extent. UTM zone number and designator are followed by 100 km square easting and northing identifiers. The system uses a set of alphabetic characters for the 100 km grid squares. Starting at the 180 degree meridian the characters A to Z (omitting I and O) are used for 18 degrees before starting over. From the equator north the characters A to V (omitting I and O) are used for 100 km squares, repeating every 2,000 km. Northing designators normally begin with 'A' at the equator for odd numbered UTM easting zones.

For even numbered easting zones the northing designators are offset by five characters, starting at the equator with 'F'. South of the equator, the characters continue the pattern set north of the equator. Complicating the system, ellipsoid junctions (spheroid junctions in the terminology of MGRS) require a shift of 10 characters in the northing 100 km grid square designators. Different geodetic datums using different reference ellipsoids use different starting row offset numbers to accomplish this.

The MGRS coordinate for a position consists of a group of letters and numbers which include the following elements: