Marine life is richest and most prolific in tropical reefs. Today, the most important reef builders are corals, animals, which often live in symbiosis with photosynthetic unicellular algae. This was not always the case. During the long (c. 600 million years) history of animals, reefs have been built by all sorts of aninmals, such as bivalves, bryozoans, and echinoderms.

Higher animals (metazoan) as reef builders appeared relatively late on the scene. During the first 100 million years or more, during the Precambrian and Cambrian periods reef-like structures have been built only sporadically by animals and mostly by microbes. But during the period of the Ordovician (485–443 million years) in a geologically, surprisingly short time interval of c. 30 million years, reefs built of animal skeletons became common and widespread all over the tropical shallow oceans. At the end of the Ordovician large tropical reefs were an essential part of the marine ecosystems.

The processes of this massive expansion of metazoan reefs and the dramatic diversification of the reef fauna remain a mystery. In a project, financed by the German Science Foundation (2013–2016), a team of Luomus researchers lead by Björn Kröger tries to identify the main drivers behind the Ordovician reef diversification.

We examine different reef structures in the Baltoscandian Region and in North America and will compare their faunal composition. In these regions several reef structures occur because they were positioned in high latitudes during the Ordovician.

With statistical analyses we will test if changes in the seawater chemistry or in climate had the most serious impact on reef growth. An alternative hypothesis would be that the reef evolution was mainly driven by inherent changes in the composition of the Ordovician ecosystems. 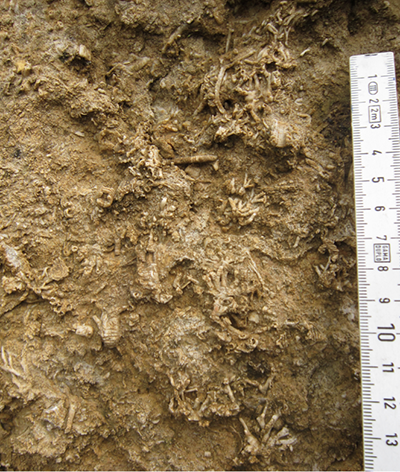